Chinese idioms A to F ordered by English equivalent

A list of Chinese proverbs ordered by the rough English equivalent.

The Chinese are famous for their love of gambling and the former Portuguese outpost at Macau remains the capital city of gambling, although Hainan Island is starting to catch up.
Go to our quizzes page for a great range of quizzes about everything Chinese
争先恐后 [爭先恐後]
Zhēng xiān kǒng hòu [zheng xian kong hou]
strive for first afraid behind
Striving to be first and fearing to be last
Striving for position. Over competitive.

尔虞我诈 [爾虞我詐]
Ěr yú wǒ zhà [er yu wo zha]
you cheat me swindle
Cheating and deceiving each other
Mutual distrust and deception. A relationship without any trust.

Don't bite the hand that feeds you

志不可慢时不可失 [志不可慢旹不可失]
Zhì bù kě màn shí bù kě shī [zhi bu ke man shi bu ke shi]
aspiration not can slow, time not can lose
Do not let your aspirations weaken; do not waste time
Keep hold of your hopes and dreams, waste no time in achieving them

Don't cut off your nose to spite your face

Don't judge a book by its cover

凡人不可貌相, 海水不可斗量 [凡人不可貌相海水不可斗量]
Fán rén bù kě mào xiàng, hǎi shuǐ bù kě dòu liàng [fan ren bu ke mao xiang, hai shui bu ke dou liang]
every person can not looks mutual, sea water can not argue capacity
Neither a person can be judged by his looks nor can the sea be fathomed
Judging by appearance is dangerous
人心隔肚皮
Rén xīn gé dù pí [ren xin ge du pi]
person heart separate belly
A person's heart is not discernible from looking just at the body
People are inscrutable. Do not judge by appearance
笑里藏刀
Xiào lǐ cáng dāo [xiao li cang dao]
smile inside conceal knife
A dagger concealed in a smile
Malice concealed by apparent friendliness. There is a story of Li Yifu who was a great flatterer of the early Tang dynasty. He was always smiles but sought to blackmail and deceive. Eventually Emperor Gaozong discovered his duplicity and he was banished.
牝牡骊黄 [牝牡驪黃]
Pìn mǔ lí huáng [pin mu li huang]
female male black horse yellow
Choose a black mare instead of a yellow stallion
Don't judge by outward appearance. The horse's ability is more important than the external appearance. The story is that a Duke of Qin wanted a good horse. He was told a yellow stallion had been selected. On seeing it was in fact a black mare the duke was annoyed but the horse expert stood his ground saying it was the character and ability that was the important thing.
外强中干 [外強中乾]
Wài qiáng zhōng gān [wai qiang zhong gan]
outside strong middle dry
Outwardly strong but inwardly weak
Looking strong and powerful but actually weak. Flattering appearance that does not represent true worth.

Don't look a gift horse in the mouth

千里送鹅毛 [千里送鵝毛]
Qiān lǐ sòng é máo [qian li song e mao]
thousand Chinese mile deliver swan feather
A swan feather from a thousand miles away
Showing appreciation on receiving a gift that shows the sender has taken time and trouble to choose it. Traveling a very long way to deliver what seems to be a trifle. The tale is from the Tang dynasty, when Mian Bogai sent a gift of a special swan to the Emperor. However the feather was all that was left from a swan when he arrived. So this is a rejoinder when someone receives a gift that is seemingly of low value.

Don't put off until tomorrow what can be done today

Don't put the cart before the horse

Don't stop while you are winning

势如破竹 [勢如破竹]
Shì rú pò zhú [shi ru po zhu]
situation as if split bamboo
Like splitting bamboo
Continuing a successful series. Once you get the knack of splitting bamboo it's best to keep on going. The story is of a general who was advised to rest his army for the winter after a series of successes. The general disagreed, his army had high morale and went on to complete the victory.

Dotting the 'i's and crossing the 't's

画龙点睛 [畫龍點睛]
Huà lóng diǎn jīng [hua long dian jing]
draw dragon dot eye
To add eyes to a painted dragon
Make the final vital addition to complete something. Add finishing touches. The story is of a great painter who painted four dragons without completing the eyes. When challenged he claimed that it was to ensure they did not come to life and fly away. When pressured he drew in the eyes of two dragons and they promptly came to life and flew away.

Dust yourself off and start all over again

卷土重来 [捲土重來]
Juǎn tǔ chóng lái [juan tu chong lai]
sweep dust again come
Sweeping off the dust and trying again
Making a comeback after a setback - determined to have another go. Like getting back on a horse after being thrown off.

Each to his own

萝卜白菜,各有所爱 [蘿卜白菜各有所愛]
Luó bo bái cài, gè yǒu suǒ ài [luo bo bai cai, ge you suo ai]
radish cabbage, each have place fond
Some prefer radish while others like cabbage
Everyone has their own preferences

Empty vessels make the most noise

A coil of silk thread

Enough is as good as a feast

得过且过 [得過且過]
Dé guò qiě guò [de guo qie guo]
contented get along yet live
Getting by
Muddling through life without great ambitions. Contended to just live from day to day.

Every cloud has a silver lining

塞翁失马,安知非福 [塞翁失馬安知非福]
Sài wēng shī mǎ, ān zhī fēi fú [sai weng shi ma, an zhi fei fu]
frontier old man lose horse, peace know wrong blessing
When the old man from the frontier lost his horse; how could he have known that it would not be fortuitous?
The story ➚ is that a man lost his horse but actually it went over the Great Wall and brought back several horses with it. A setback may turn out to be a blessing in disguise.

Every trick in the book

鸡鸣狗盗 [雞鳴狗盜]
Jī míng gǒu dào [ji ming gou dao]
chicken cry dog steal
Able to crow like a cockerel and steal like a dog
A person with a range of useful tricks. The story is of someone back in the Warring States period who helped a prince out of difficulty by imitating a dog to distract prison guards and to crow like a cockerel to trick them into thinking it was already morning
欺世盗名 [欺世盜名]
Qī shì dào míng [qi shi dao ming]
deceive world steal fame
Deceiving the public to gain fame
A con artist. Someone who sets out to become famous by lies and deception.

Everything comes to him who waits

留得青山在,不怕没柴烧 [留得青山在不怕沒柴燒]
Liú dé qīng shān zài, bù pà méi chái shāo [liu de qing shan zai, bu pa mei chai shao]
remain get green mountain exist, no fear have no firewood
So long as the green mountains are preserved, there will be no shortage of firewood
Do not despair, there is plenty of time and opportunity

Failing to plan is planning to fail

Fall on your sword

开卷有益 [開卷有益]
Kāi juàn yǒu yì [kai juan you yi]
start book exist benefit
Reading is always beneficial
There is always something new to be learned from books. An admonishment to keep on studying and learning.

Fighting to a standstill

输攻墨守 [輸攻墨守]
Shū gōng mò shǒu [shu gong mo shou]
Shu to attack surname Mo to defend
Shu attacks and Mo defends
Two opponents of equal skill. Back in the Spring and Autumn period the story goes that Gongshu Ban, a carpenter who had developed a new device to aid the attack of cities, was persuaded by the pacifist philosopher MoZi not to deploy it. Mozi was able to defend against any attack by Gongshu Ban giving stalemate.

For the want of a nail .,. the kingdom was lost

万事俱备,只欠东风 [萬事俱備,只欠東風]
Wàn shì jù bèi, zhǐ qiàn dōng fēng [wan shi ju bei, zhi qian dong feng]
All things entirely prepared only lack east wind
Everything is ready, except for the east wind
Lacking one small, but crucial item. It refers to the battle of Red Cliff in the Three Kingdoms period when Cao Cao's great army threatened to overcome his adversaries on the Yangzi River. The clever strategy advocated by Zhuge Liang was to send fire boats into Cao Cao's navy. Everything was prepared but for ages the wind was in the wrong direction. At last it changed to the east and Cao Cao was defeated.

山雨欲来风满楼 [山雨欲來風滿樓]
Shān yǚ yù lái fēng mǎn lóu [shan yu yu lai feng man lou]
mountain rain intend arrive wind tower
The wind sweeping through the tower heralds a rising storm in the mountain
A premonition of something significant about to happen
胸有成竹
Xiōng yǒu chéng zhú [xiong you cheng zhu]
mind have finished bamboo
Keeping the appearance of bamboo in mind
To be able to paint bamboo (or anything else), you have to have a mental image of how it looks. An admonishment to plan ahead carefully and acquire the skill to carry it out.

Fortune favors the brave. Nothing ventured, nothing gained

Frightened of your own shadow

鬼由心生
Guǐ yóu xīn shēng [gui you xin sheng]
ghost caused by mind life
Ghosts are figments of the mind
Being scared of the paranormal; irrational fear of dark and shadows. 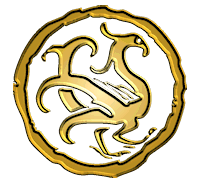