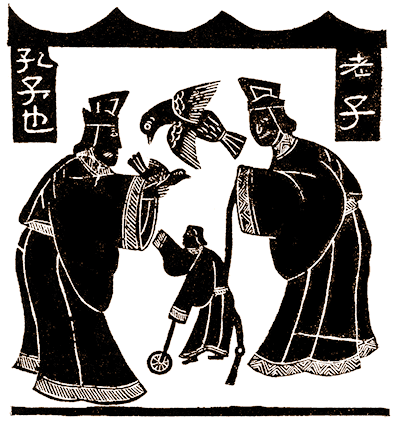 The first half of the Eastern Zhou Dynasty is called the ‘Spring and Autumn’ Period; the second is called the ‘Warring States Period’. It started when the Western Zhou was overrun and sacked by 犬戎 Quanrong ➚ barbarians who came from the west. The Imperial capital was sacked and a new capital built at Chengzhou (modern day Luoyang, Henan).

In the preceding Western Zhou dynasty a large number of very small fiefdoms existed (more like townships) together with larger kingdoms (including Qin; Lu; Chin; Qi and Qu). This time formed part of the 'Iron Age' ➚, and iron started to be used for plows; axes and other tools. Bronze continued to be used, it was not altogether abandoned, it was still used for example for coinage. Court positions began to be made available to the talented scholars who had received an education. Scholarship was appreciated and the leaders of this time were cultured and literate. Land continued to be farmed according to the ‘well field ➚’ system instituted by the Western Zhou, it was divided into a 3x3 grid of nine portions and produce from the central plot was the ‘tax’ due to the state. This is a type of tithe ➚ system as it was later called in Europe. The native forests continued to be cleared with stock rearing replacing hunting as the main source of meat. 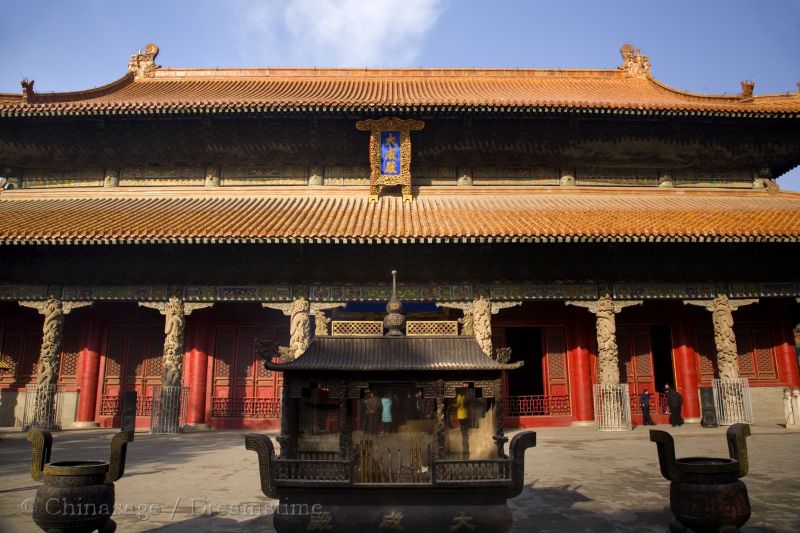 Private land ownership became more widespread and this weakened central control and the nascent country fragmented into very small 'fiefdoms' at a city/town level, there may have been as many as a thousand of them. Central control by the Zhou ‘emperors’ was therefore mainly honorific; the individual kingdoms were run independently by absolute leaders. Gradually during this time three large kingdoms arose: Qi (Shandong); Jin (Shanxi) and Chu (Henan; Anhui). The growth of population led to increased competition for the limited area of fertile land. This led to warfare which became widespread but on a modest scale and both sides obeyed chivalric rules of acceptable military conduct. One reason for conflict was that the rulers of fiefdoms and kingdoms married their sons to other ruling families far away leading to frequent argument over succession and inheritance. A drift to more brutal and continuous warfare heralded the start of the following ‘Warring States’ period.

The importance of this period is really down to one man: Confucius. Indeed the name for this period is derived from a book sometimes attributed to Confucius ‘Spring and Autumn Annals ➚ 吕氏春秋’. It was a book compiled under the patronage of Qin counselor Lǚ Bùwéi. At this early time the year was split into just two seasons: Spring and Autumn and so the term ‘Spring and Autumn’ actually means a year, and the book title should really be better translated as ‘Annual Records’. 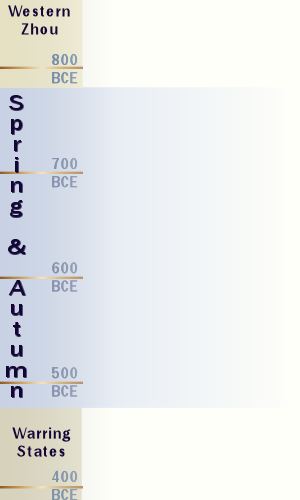 Confucius was born during this period in 551BCE, he was a philosopher who taught the importance of stable and appropriate relations between people. He looked back to the golden days of Western Zhou rule and wished to guide the various state rulers into emulating more peaceful times. The founder of the Daoist Chinese religion/philosophy Laozi is also, by tradition, believed to have lived during the Spring and Autumn period.