China is not called China 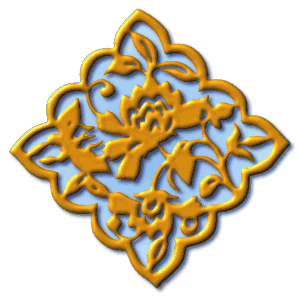 The reason why we use the name China in the West for the country is quite surprising. Like many English names for countries it is not the name used within the country itself. ‘Greece’ ➚ is known as ‘Hellas’ to the Greeks while ‘Egypt’ ➚ is ‘Misr’ to its people. The name China has been in use for thousands of years and is not easy to trace. It probably derives from the Sanskrit word ‘Chinasthana’ (meaning country to the East of India) or it might be possibly connected to the Qin (pronounced ‘Chin’) kingdom. The name was in use long before the First Qin Emperor (259 - 210 BCE) came to unify China. The Qin kingdom was the most westerly of the many smaller kingdoms that became China and so would have been the first kingdom reached when traveling overland from India and Central Asia. From ‘Chin’ the Greeks and Romans probably derived the term ‘Sinae’ which you find in words like ‘sinophile’ (someone who likes China) and ‘sinologist’ (someone studying China). In Roman times another name used was ‘Serica’, the land where silk came from. Serica is believed to be derived from the Chinese word for silk 丝 sī pronounced 'ser'.

Other countries use different names for China following their history of contacts with the country. So ‘Cathay’ (as in Cathay Pacific Airline ➚) is in use in Russia and Central Asia refers to the ‘Qidan’ people who ruled northern China in the 11th century. 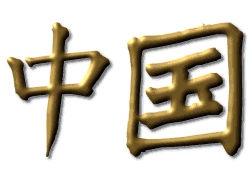 The Chinese people themselves have several names for their own country. 中国 Zhōng Guó is the official name. It means literally middle or central country; kingdom or region and was based on the traditional view that China is the center of the civilized world surrounded by barbarians. The modern form of guo 国 has the character for the precious treasure jade 玉 enclosed within a boundary. The old version of guo was 國 which had a spear and mouth inside an enclosure, suggesting a person proclaiming ownership of an area.

Hua 华 was a name used by the early Han people, and this is used to refer to China as in 新华 Xinhua News agency. Unfortunately huá 华 is very similar to 花 huā meaning 'flower' and so from a misleading translation China was sometimes referred to as the ‘Flowery land’ in the 19th century. Central China and in particular the province of Hunan used to be called Zhonghuadi 中华地. Some westerners mistranslated this as ‘Central flowery land’ rather than ‘Central splendid land’. 中华民国 Zhonghua Minguo refers to ‘The Republic of China’ (1912-1949) and still used in Chinese Taipei (Taiwan) while the full title 中华人民共和国 zhōng huá rén mín gòng hé guó Zhonghua Renmin Gongheguo, refers to ‘The People's Republic of China’. There are many other names that have been used over the years. One of the earliest hints of a china-centric view of the world as: 天下 Tiān Xià means all below heaven or our land. Much is made of this in the epic film Hero ➚ set at the end of the Warring States period. There is also the name 九洲 Jiǔ Zhōu Nine Regions as Yu the Great originally divided the land into nine regions. Somewhat more recently the term eighteen provinces 十八省 shí bā shěng has been used.

神洲 Shén Zhōu Divine Region is a poetic name for the country. More informally you may come across 祖国 zǔ guó, the motherland, or simply 我国 wǒ guó, my country. Emphasizing the feeling of a single community there is also 国家 guó jiā or home country as jia means home or family.

With 92% of the Chinese population categorized as 汉 Han Chinese, the term ‘Han’, named after the Han dynasty, is also used to refer to China as a whole even though it rather excludes the many ethnic minorities. During Han times the rough geographic limits of the modern Chinese nation had already been set.

The history and structure of many common Chinese characters is a fascinating study. In this section we look in details at a few hundred of them. Read more…

Name for the Chinese Language

Just as varied are the words used to refer to the language of the Chinese people. First of all there are several languages and many dialects spoken in China, there is no universal ‘Chinese’. The official and most widely used dialect of the Chinese language is that used in Beijing. Its historical association with the Imperial court has led to the term ‘Mandarin’ being used for the language, after the officials who spoke it. ‘Mandarin’ was a term used by the Portuguese for the officials, it is now believed to be derived from a Malay word for ‘counselor’ or ‘minister’ (reflecting early contacts in the spice trade) which in turn shares its root with that of ‘mantra’.

In China the official name for the language is 普通话 Pǔ Tōng Huà common speech. Reflecting the historical origin of the language of the Han people it is also known as 汉语 hàn yǔ. Other names include the name for China, so you will also hear 中文 zhōng wén where wen refers to the common written script rather than the spoken tongue which is 中国话 zhōng guó huà.

Some Chinese characters have their origin 10,000 years ago. The very old forms are simplified pictures of objects and animals. Later more abstract notions were represented in a simple way. Now there are a total of 200,000 distinct characters but fortunately only 2,000 for everyday life.
Please wait...
Downloading information about character