Information about the people behind Chinasage 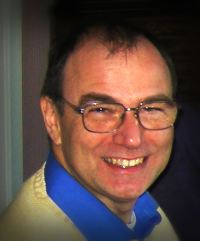 The largest palace complex in the world marks its 600th birthday this year. The Forbidden City (as only the privileged few had any access) took 14 years to build at great expense. The Ming dynasty Emperor Yongle had decided in 1406 hat he must move his capital further north towards the still troubled northern frontier. The Forbidden City is the largest and best preserved collection of ancient buildings in China. 200,000 worked on the immense project including thousands of families who were forcibly uprooted and moved from the former capital of Nanjing, 600 miles away, to build the new capital. The buildings have only a few levels as they are built of wood making them less prone to damage by earthquake. The use of wood has required a continuous cycle of renovation over the intervening centuries. The Forbidden City remained in use up to the forced removal of Emperor Puyi in 1924.

The modern center of Chinese government has not moved far from the Forbidden City - the government buildings of the People's Republic are located immediately to its west at Zhongnanhai. Although completed in 1420, it was officially inaugurated on Chinese New Year 1421 so we can expect many more stories about it before February 12th 1421.

Please use the contact form on each page to send us your feedback, query or comments. We prefer to process all queries by E-Mail ([email protected]), and aim to respond to all queries within 24 hours, alternatively you can contact our general office during office hours direct on telephone +44 1l8 96l4 277.

Chinasage is headed by Rob Stallard who first came across Chinese culture and civilization when studying at Cambridge University when Dr. Joseph Needham ➚, the great Sinologist, was Master of Gonville and Caius College ➚ at the time. For over 20 years Rob has been a director for the Society for Anglo-Chinese Understanding ➚ for which he has acted as Treasurer and Secretary and is now a Vice President.